Welcome to the December 2015 edition of our newsletter Paris Panorama!

Each month we feature an inspiring haiku poem by Anna Eklund-Cheong.  You will also find a watercolor by French artist Jean-Charles Decoudun, a photograph with a link to a review of our restaurant of the month (sign in to read the review), and an angel of the month by Rosemary Flannery. 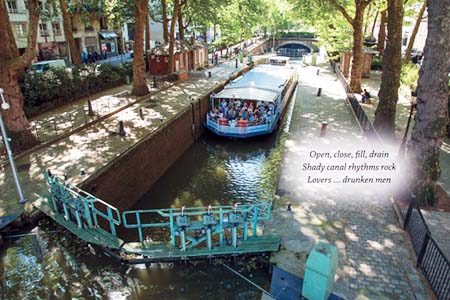 Watercolor of the Month 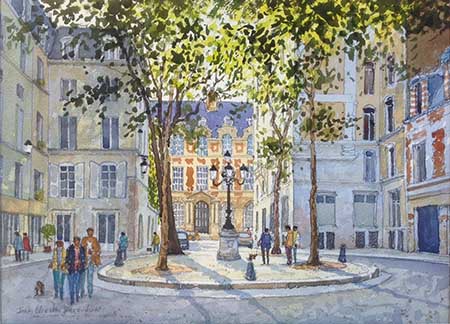 Situated near the Abbey of Saint-Germain-des-Prés, the Place de Furstenberg is one of the most charming and discreet squares in Paris.  It is hardly surprising that painter Eugène Delacroix settled here. 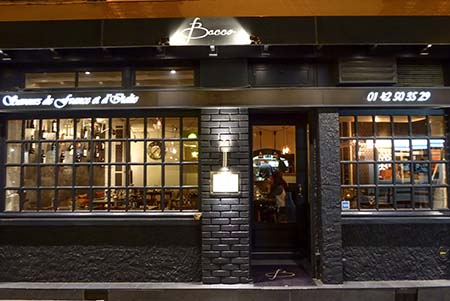 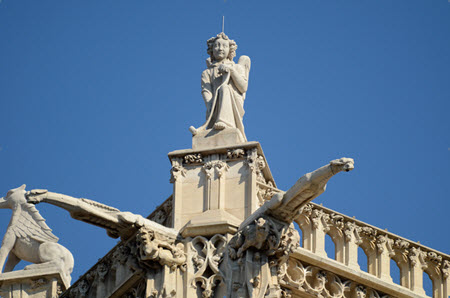 Perched on a pinnacle above gargoyles, the beatific figure of Matthew, represented here in sculpted stone as an angel, unfurls a banner of glad tidings.  The Saint Jacques Tower features symbols of three of the evangelists as animals: John as eagle, Mark as winged lion and Luke as winged ox.  It is only Matthew who is depicted in iconography as angel or human. His gospel recounts the genealogy of Jesus, from father to son, and from Abraham through his incarnation as Christ.

To learn more about this and other angels of Paris, follow this link: Angels of Paris – An Architectural Tour Through the History of Paris.