Welcome to the August 2015 edition of our newsletter Paris Panorama!

Each month we feature an inspiring haiku poem by Anna Eklund-Cheong.  You will also find information about what’s up in Paris, a photograph with a link to a review of our restaurant of the month (sign in to read the review), and an angel of the month by Rosemary Flannery. 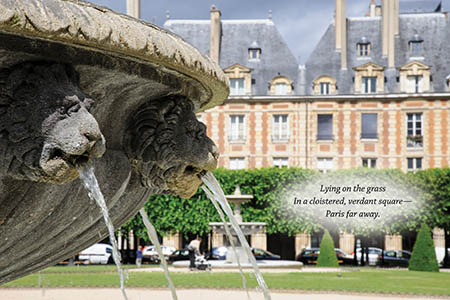 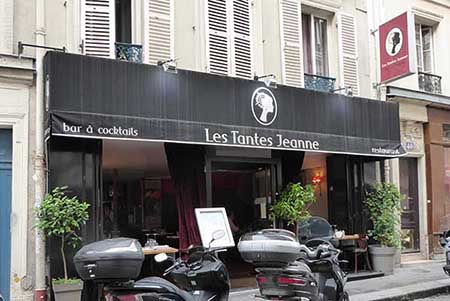 Les Tantes Jeanne, a restaurant that lies on a side street parallel to boulevard de Clichy and rue des Abbesses, serves imaginatively prepared, delicious food.  Follow this link and sign in to read our review:  http://www.parisinsights.com/restaurants.php. 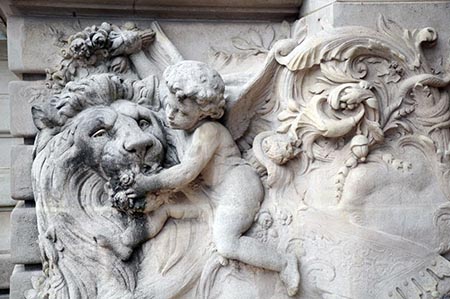 The delights of Paris are in the details.  Here, an angelic cherub romps playfully astride a lion, gaily taming it by stuffing a flower garland into its mouth. Gustave Germain's low-relief sculpture adorns the entrance staircase to the science museum, the Palais de la Decouverte.  It forms part of the Grand Palais, inaugurated in 1900 to receive visitors to the millennium World’s Fair in Paris.

To learn more about this and other angels of Paris, follow this link: Angels of Paris – An Architectural Tour Through the History of Paris.