Welcome to the September 2019 edition of our newsletter Paris Panorama! 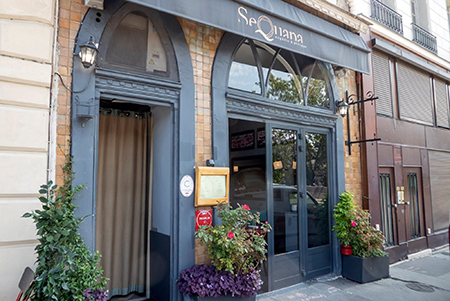 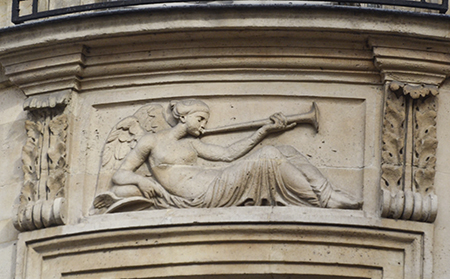 Lounging on a stone panel decorating a second-floor balcony, a bare-breasted feminine figure blows a trumpet languidly with one hand while resting the other on a winged helmet. The iconography of angels – depicted as winged figures in long robes - dates back to the time of Constantinople.  Upon his conversion to Christianity in 325 AD, mythical winged figures were transformed into sacred spirits. Those portrayed with trumpets – formerly a heroic metaphor for Fame or Triumph – transfigured into New Testament scenes such as the Last Judgement or the Resurrection.  Here, the winged helmet references Hermes, messenger of the gods and god of trade and travellers.