Welcome to the November 2019 edition of our newsletter Paris Panorama! 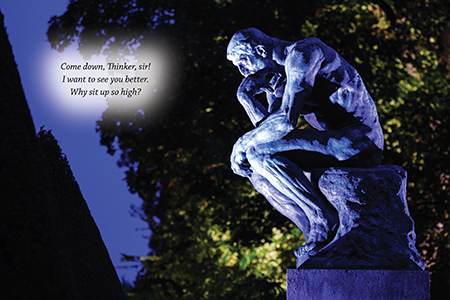 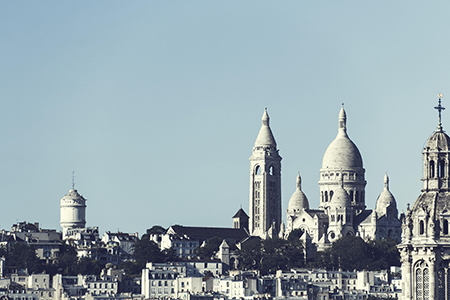 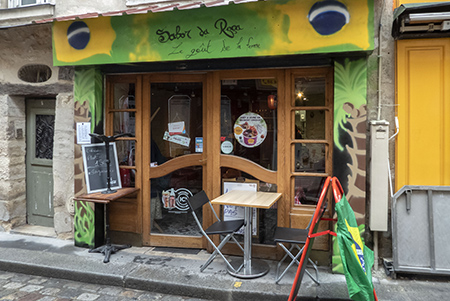 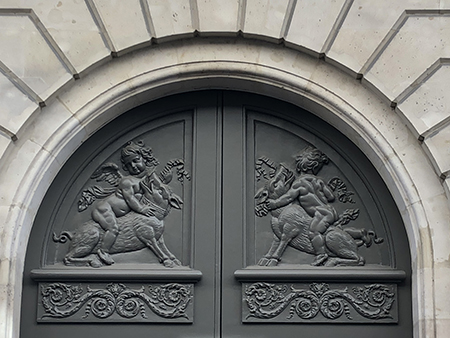 Two boyish cherubs, one winged as an angel, the other not, astride playful wild hogs decorate the door pediment of a former mansion on an elegant Parisian street. Originally built in the 17th century by Pierre Le Muet and later re-worked by Liberal Bruant, both royal architects, the house was continually renovated up until the 20th century, when it became the headquarters for designer Kenzo. The door with its curious décor appears to be a 19th century addition; no trace remains to explain the low-relief panel of angelic kids on piglets. Inscribed in 2002 as a classified French landmark, the façade is here to stay.