Welcome to the November 2020 edition of our newsletter Paris Panorama! 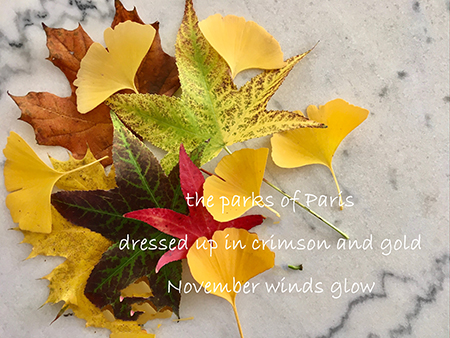 Louvre at Dawn
Photograph by Tom Reeves
This photograph of the Louvre courtyard was taken at dawn on August 2, 2020.

Our Restaurants of the Month

Our restaurant of the month is selected from the restaurants at which we dined during the prior month.  For this month's award, we were unable to determine which restaurant we liked the best.  They all served great food and offered great service!  Therefore, we have decided to publish the photographs of all four of the restaurants that we visited in October.  We invite our readers to read our reviews at the following link:   https://www.parisinsights.com/restaurants.php (sign in to read the reviews). 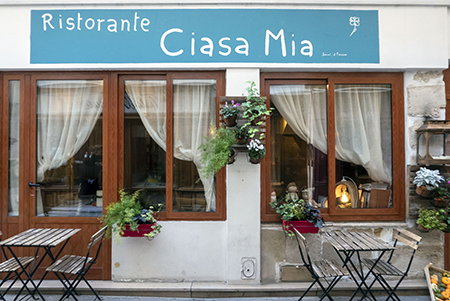 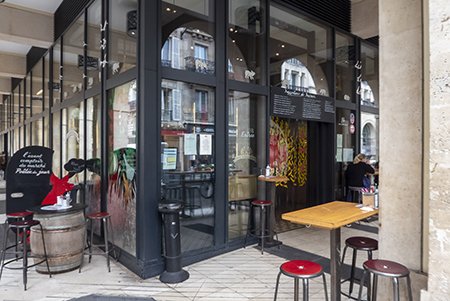 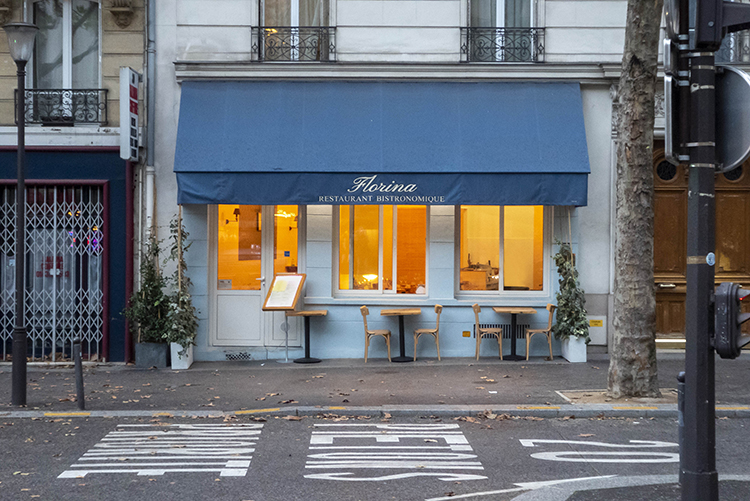 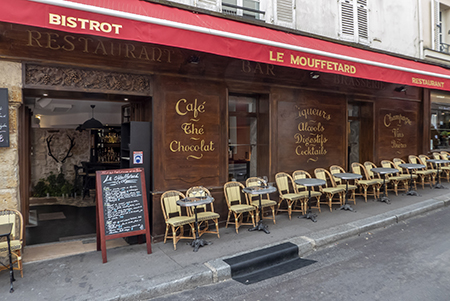 Le Mouffetard serves hearty food with a gourmet slant on the popular market street of the same name. 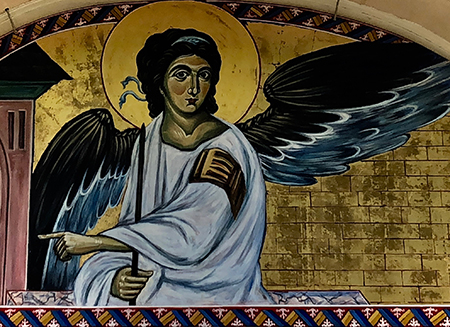 An astonishing painting of the angel Gabriel garbed in white and showing Christ’s empty grave to myrrh-bearers adorns the façade of the Cultural Center of the Republic of Serbia in Paris. Painted in 2017 by Serbian artist Jelena Gvozdenovic, it is a copy of the Beli Andeo, a renowned fresco from the 13th century Mileseva monastery.

It became an international symbol of hope and peace in 1963, when the nations of Europe decided to send its image to North America in the first satellite broadcast signal after the Cuban Missile Crisis. Later, the same signal was transmitted to space multiple times to represent humanity in an attempt to establish communication with extra-terrestrials. No response has yet been recorded.