Welcome to the June 2020 edition of our newsletter Paris Panorama!

Each month we feature an inspiring haiku poem by Anna Eklund-Cheong.  You will also find a photograph of Paris by Tom Reeves, and an angel of the month by Rosemary Flannery.  Until restaurants reopen, we will present a photograph of French pastry instead of a photo of our favorite restaurant of the month. 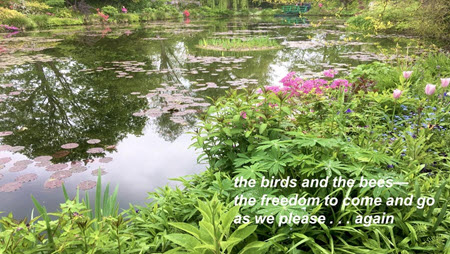 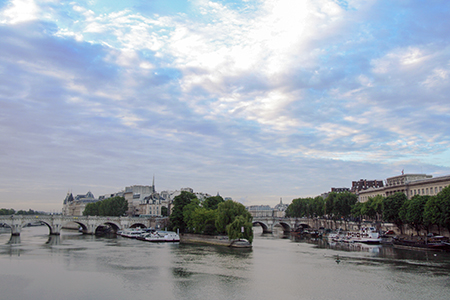 Sunrise over the Seine
Photograph by Tom Reeves

Our Pastry of the Month 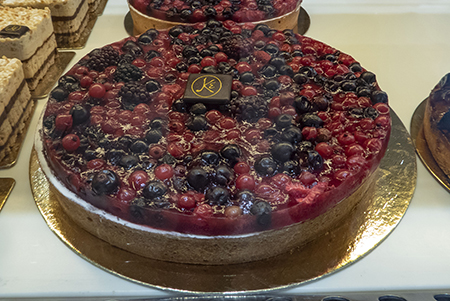 Click here to learn about our gourmet walks:  https://www.entreetoblackparis.com/gourmet-activities-our-walking-tours 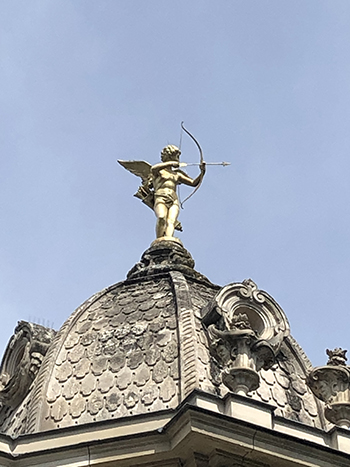 Gleaming atop the Pavillon Elysées dome, an exquisite winged cupid armed with a bow and a quiver points his arrow to arouse desire in his unsuspecting victims. Known as "Eros" in Greek mythology, and called "un amour" or love, in French, he strikes at the hearts of gods and mortals as he plays with their emotions.

The pavilion was constructed in Louis XV style for the 1900 Universal Exposition. Sculptor Jules Blanchard was commissioned to create a Cupid in gilded cast iron to crown the turret. Today the pavilion is an elegant restaurant and events venue. The nearby Jardin des Ambassadeurs is the perfect place for a lovers’ rendezvous.