Welcome to our newsletter Paris Panorama!

Each month we feature an inspiring haiku poem by Anna Eklund-Cheong.  You will also find information about what’s up in Paris, a photograph with a link to a review of our restaurant of the month (sign in to read the review), and an angel of the month by Rosemary Flannery. 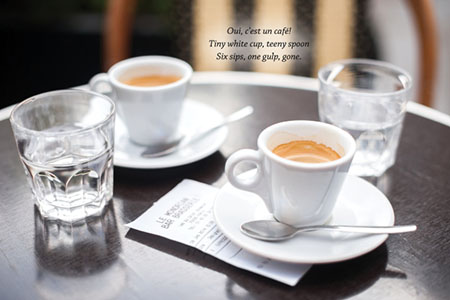 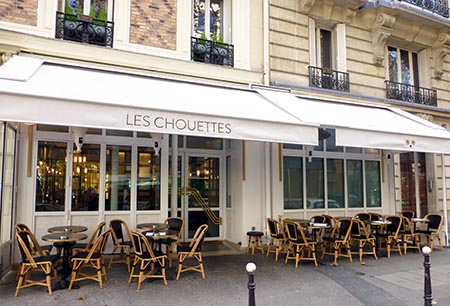 A new restaurant – Les Chouettes – has opened in Paris.  Follow this link and sign in to the landing page to read our review:  http://www.parisinsights.com/restaurants.php. 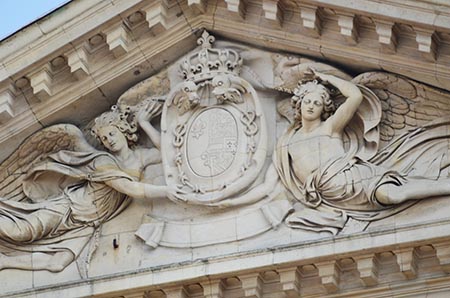 Languid, sensual angels drift in a wave of lush drapery as they gently lift a crowned medallion of the arms of Anne of Austria. The queen was childless during twenty-two years of her marriage to Louis XIII. She vowed to erect a magnificent temple to God, dedicated to the Nativity, if she were to bear a son. In 1638 Louis Dieudonné, "the God-given," was born. The shield’s baby dolphin heads are a charming allusion to the French dauphin, which signifies at once the aquatic mammal and the word denoting the heir to the throne.  The temple, named Val-de-Grâce Church, is located at place Alphonse Laveran in the 5th arrondissement (metro: RER Port Royal).

To learn more about these and other angels of Paris, follow this link: Angels of Paris – An Architectural Tour Through the History of Paris.