Welcome to the April 2016 edition of our newsletter Paris Panorama!

Each month we feature an inspiring haiku poem by Anna Eklund-Cheong.  You will also find a photograph of our restaurant of the month with a link to the review and an angel of the month by Rosemary Flannery.

New this month! A photograph of Paris by Raye. 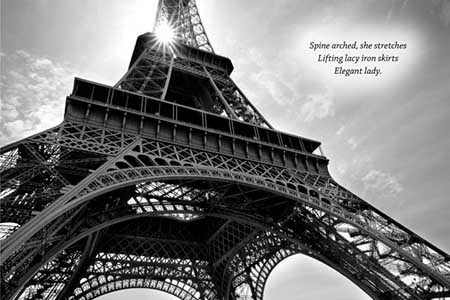 We're pleased to welcome Raye, a talented photographer who will exhibit this month at Galerie Etienne de Causans.  Click here to learn more! 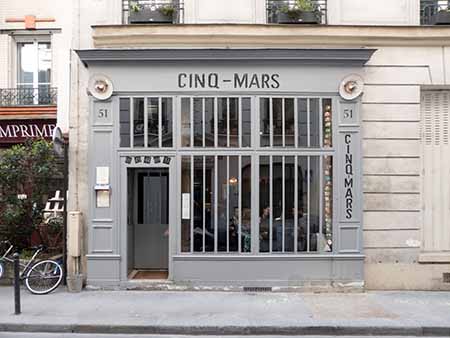 Located on a side street just south of the Musée d’Orsay, Cinq-Mars presents an unimposing grey façade with narrow windows. 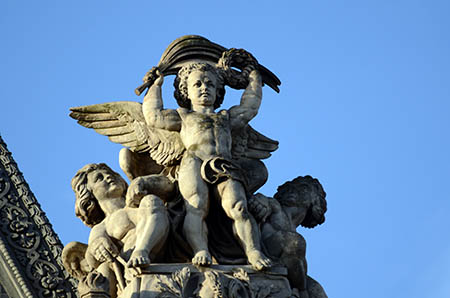 Silhouetted against the sky above the rue de Rivoli entrance to the Louvre, a trio of angels bears symbols for the Arts and Sciences on the rooftop crown of the Pavillon de la Bibliothèque. A standing angel twirls his sash in a parabolic arc, alluding to Mathematics, while another on the left unrolls a parchment plan for Architecture.  A cherub on the right holds a lyre evoking Music. Influenced by the Italian Renaissance, sculptor Antoine-Augustin Préault’s virile, Michelangelo-style angels were lauded by critics for their boldness and lack of preciosity.