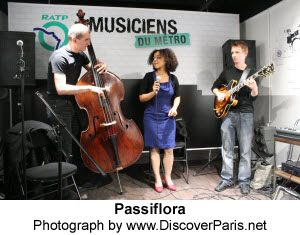 Travelers to Paris who use the metro to get around the city will, sooner or later, come upon any of the 300 musicians who perform in its passageways. We had the opportunity to attend an audition held by Espace Métro Accords, where we participated on a jury to help determine which of ten competing musicians should be granted a license to play there. Read about how the selection process is made in this month's Paris Insights. 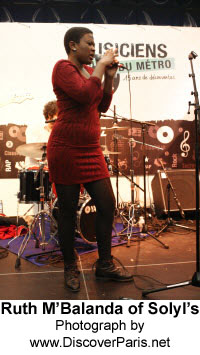 The month of June is a wonderful time of the year for music lovers! Numerous music festivals are held throughout the city, including Solidays, a three-day mega-concert of jazz, rock, and pop. We attended a concert in metro station Miromesnil, where six bands competed for a chance to play at the Solidays concert. Read about the concert in the metro in this month's Paris, Past and Present, and learn which bands were selected. 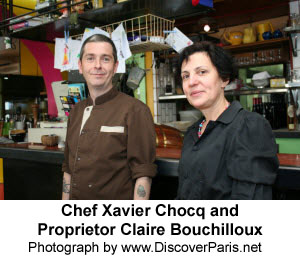 We must not forget the music performed in numerous restaurants in the City of Light! We recently dined at La Grosse Mignonne, a restaurant in the Paris suburb of Montreuil, where we enjoyed both the food and the Brazilian songs of a singer named Virna. We returned later to speak with the owner, Claire Bouchilloux, to learn how she got started in the restaurant business. Read our review in this month's Le Bon Goût.