Welcome to the October 2018 edition of our newsletter Paris Panorama! 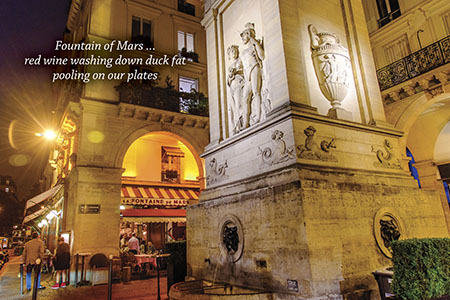 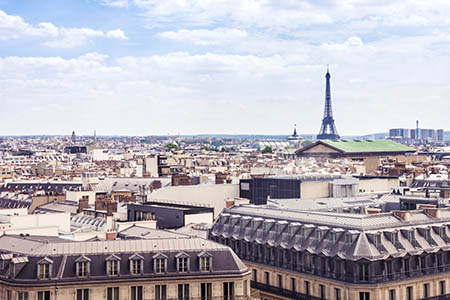 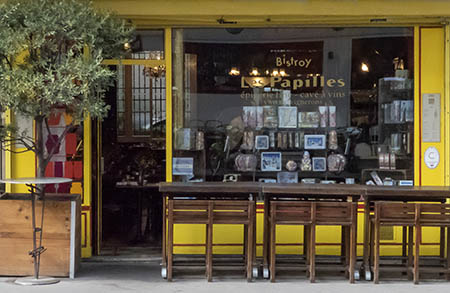 Hearty French fare in a traditional, old-time bistrot just steps away from the Luxembourg Garden. 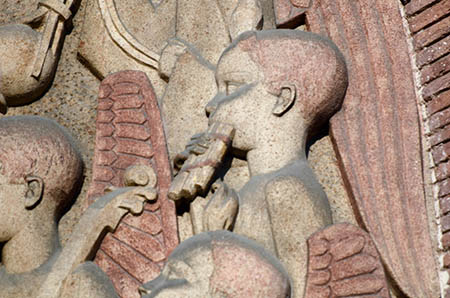 Angels are often depicted playing harps, trumpets and lutes, but Anne-Marie Roux-Colas's orchestra features instruments from accordions to guitars. This young angel plays a miniature pan flute; he’s one of eighteen whose silent symphony honors Sainte Odile, patron saint of the Alsace-Lorraine. Odile, born blind to an aristocratic family in 635 in Obernai, Alsace, was rejected by her father, Duke Adalric. Sent to be raised in Burgundy, she miraculously recovered her sight upon being baptized at age twelve. When Adalric tried to force her to marry a prince, she fled to a cave and consecrated her life to God. Later, Odile founded a monastery and the Hohenburg abbey. This low-relief sculpture is made of Alsatian sandstone.