Welcome to the March 2021 edition of our newsletter Paris Panorama! 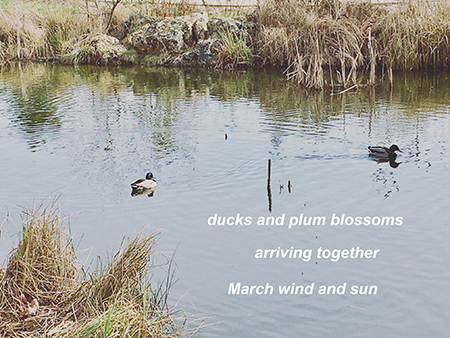 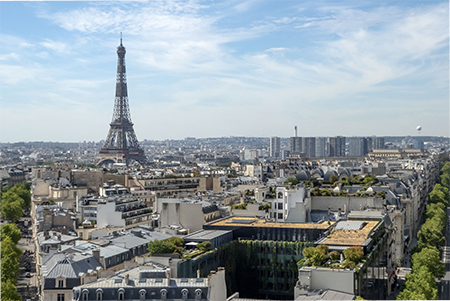 Our Restaurants of the Month

Our restaurant of the month is selected from the restaurants at which we dined during the prior month.  For this month's award, we were unable to determine which restaurant we liked the best.  They all served great food and offered great service!  Therefore, we have decided to publish the photographs of the restaurants that we visited in February.  We invite our readers to read our reviews at the following link:   https://www.parisinsights.com/restaurants.php (sign in to read the reviews). 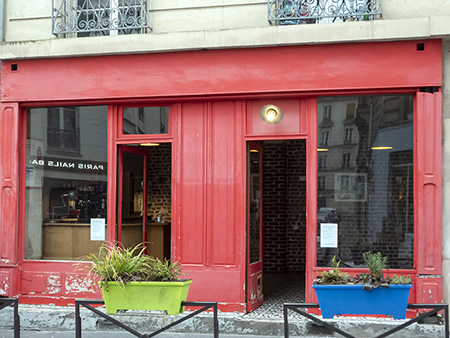 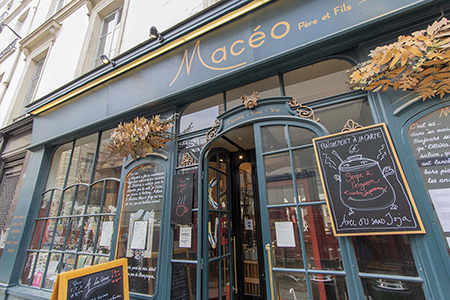 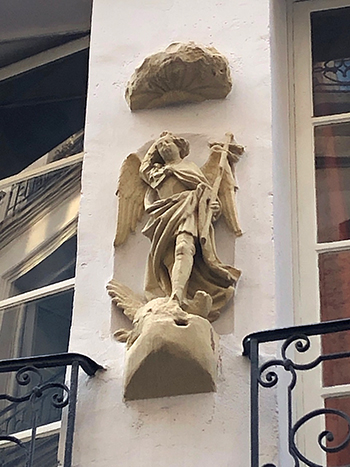 Although badly damaged, this stone statue of Michael the Archangel crushing a dragon embellishes the wall of an apartment building on a small quiet street of the Left Bank. Formerly the site of a school constructed in 1338 which prevailed until the 16th century, the College de Chanac de Pompadour, also known as the College Saint-Michel, once formed part of the University of Paris. Many places of learning such as this were located not far from Notre Dame Cathedral, where the first school of Paris originated.

The exact dating of the statue is unknown, but Michael’s dashing asymmetrical pose, finely sculpted wings and voluminous cape attached with a broach, allude to the late Medieval style. Michael holds a crucifix-shaped sword in his left hand, and was probably pointing to the heavens with his right, typical imagery of his iconography.