Welcome to the April 2021 edition of our newsletter Paris Panorama! 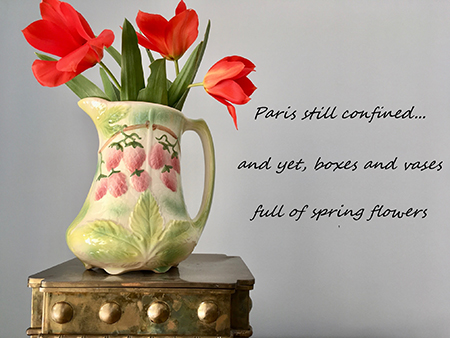 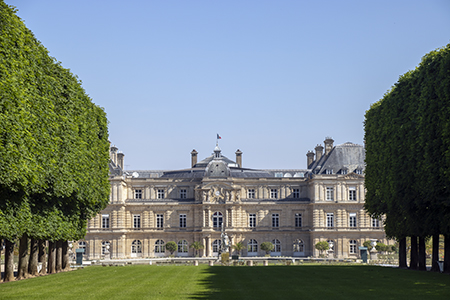 Our restaurant of the month is selected from the restaurants at which we dined during the prior month.   We invite our readers to read our reviews at the following link:   https://www.parisinsights.com/restaurants.php (sign in to read the reviews). 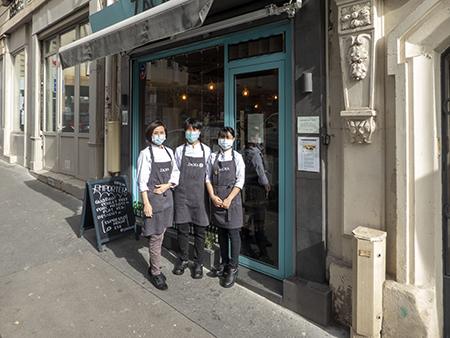 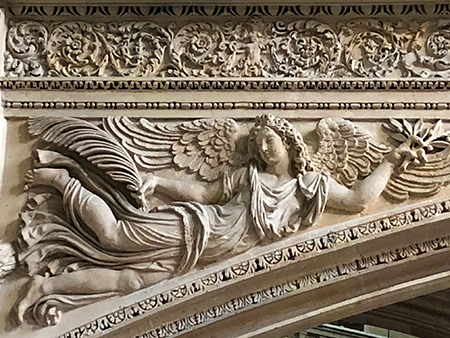 One of the most beautiful churches in Paris is found at the top of the Montagne Sainte-Genevieve, a hill located in the Latin Quarter.  Once a small medieval abbey church, it was twice enlarged until its complete reconstruction began in the 15thcentury. The nave is graced with a Renaissance rood screen — an ornate partition between the chancel and the nave — of finely carved stone decorated with angels carrying palm branches and laurel leaves, Christian symbols of victory of the spirit over the flesh.  Intricately sculpted, with fanciful wings curved to fit the upper corners, the angel seems to float in a state of bliss.

The back porch steps of Saint Etienne du Mont appear as the point of departure for a voyage back in time in the 2011 film, Midnight in Paris.