Zadie Smith at the American Library in Paris

The American Library in Paris has announced that Zadie Smith will be its 2021 gala speaker.

The British writer and tenured professor of creative writing at New York University was described as "peerless" and "fearless" in an article penned by Sophie Elmhurst for the Autumn and Winter 2016 edition of The Gentlewoman, an online publication based in London.

The article is fascinating!  I highly recommend it - especially Section 7 on being black in the U.S.:  https://thegentlewoman.co.uk/library/zadie-smith

During the summer of 2015, Smith taught at the NYU Low Residency Writers Workshop in Paris.  She and her lawyer-turned-writer husband, Nick Laird, gave a joint reading at Shakespeare and Company, the famous English-language bookstore that's a stone's throw away from Notre Dame Cathedral on July 9.

Watch Smith read an excerpt from her then unpublished novel, Swing Time, at the 2015 Shakespeare and Company event here: https://youtu.be/dS5F4PFKiJM 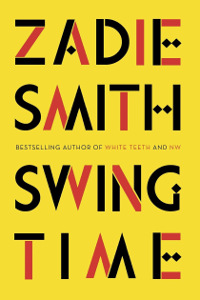 In March 2021, the American School of Paris welcomed Smith to its virtual Visitor Writing event.  The school published an in-depth summary of the discussion held with Upper School students and an Upper School English teacher:

So Smith will be no stranger to Paris when she returns to the City of Light to attend the American Library's live fundraising gala in September.

Find a list of her books, which are available at the library, here: https://americanlibraryinparis.overdrive.com/collection/1219911