In September 2016, I wrote about the impending relaunch of the Bal Colonial, which was commonly known as le Bal Nègre.

The club was scheduled to reopen on March 21, 2017 with the name "Le Bal Nègre." But protests caused the owner to rename the club "Le Bal de la rue Blomet," after the street on which it is located. 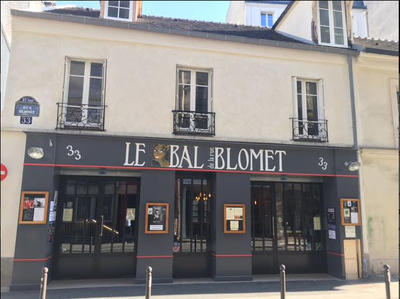 On the Web site Change.org, an open letter to owner Guillaume Cornut expressed outrage at the selection of the name "Bal Nègre," saying that the name was insulting and racist. It also "called out" M. Cornut for having falsely declared that Claude Ribbe - a key influencer in Paris' Afro-Caribbean community - supported his choice. Six thousand (6,000) - 7,000 persons reportedly signed the letter, which was addressed to Cornut; Anne Hidalgo, Mayor of Paris; Philippe Goujon, Mayor of the 15th arrondissement; and Audrey Azoulay, France's Minister of Culture.

Additionally, several dozen people staged a live protest in front of the establishment on February 7. Notably, one person carried a sign bearing the image of James Baldwin and the title of the recently released documentary I Am Not Your Negro. 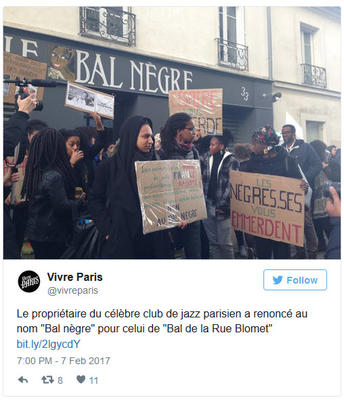 The original opening date of March 21 was selected because it marks the beginning of spring. But, as noted in the open letter, this is also the International Day for the Elimination of Racial Discrimination. The opening actually took place on March 22, 2017. 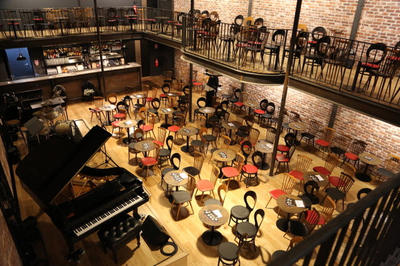 It also has a restaurant that seats 70 persons and features French cuisine with a Caribbean influence.