On March 8, the Oscar-nominated film Hidden Figures was released in Paris. 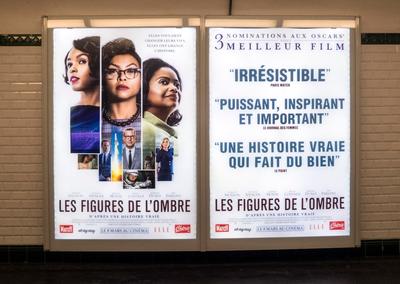 On March 2, Tom and I had the opportunity to see a preview of the film at a private screening at the U.S. Ambassador's residence.

Chargé d’Affaires Uzra Zeya and Cultural Affairs Specialist Randianina Peccoud welcomed guests at the door and indicated the path to the reception, where cold and hot hors d'oeuvres, miniature desserts, and a variety of beverages were available. This was an opportunity to reconnect with old friends and colleagues and meet new ones. 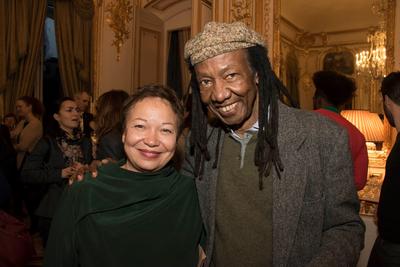 One of my new acquaintances is Julia Fendrick, Counselor for Cultural Affairs. Fendrick assumed this role at the Embassy in June 2016. 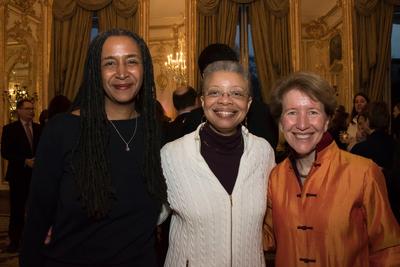 She excitedly told us about another preview of the film that took place earlier in the day. This one was at a Gaumont cinema and the attendees were hundreds of French school children. She shared the following details about the event:

Four hundred (400) middle and high school, vocational school, and science club students filled every seat of this theater to watch the soon-to-be released film “Hidden Figures” and it appeared to spark a great deal of interest in STEM studies.

Following the film, students stayed for almost an hour of questions with the panelists Timothy Tawny of NASA, Fabienne Casoli of the Center for National Space Studies (Centre national d’etudes spatiales), and Fatoumata Kebe of the Paris Observatory (Observatoire de Paris), addressing issues of space exploration, engineering and science studies, and gender equity questions. Panel members reinforced the film’s message of striving to achieve and not underestimating one’s abilities.

Our NASA colleague also spoke about the excitement of the new frontiers in space and that all achievements in space research today will need the power of young minds from many countries working to solve problems together. Students left with NASA pins and badges, but also with the message “Dare to Try” in their heads.

Watch the reactions of several students to the film (in French) below:

Fendrick also shared that the Embassy helped the American Presence Post (the U.S. Consulate) in Toulouse do two screenings of the film. They welcomed approximately 500 people, including middle school and high school students, at Cite de l’Espace, a theme park focused on space and the conquest of space. Claudie Haignerie, the "marraine" (godmother) of Cité de l'Espace and the first French woman in space, introduced the film.

After about an hour of socializing at the Ambassador's residence in Paris, we were directed to the screening room.

What would a movie be without popcorn? We were encouraged to take cups of the freshly popped snack into the screening room. 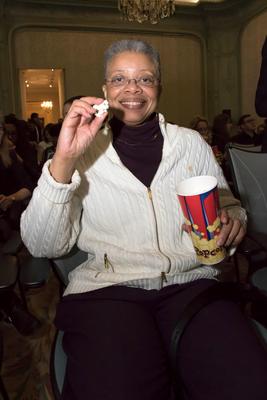 Zeya addressed the audience prior to the start of the film. 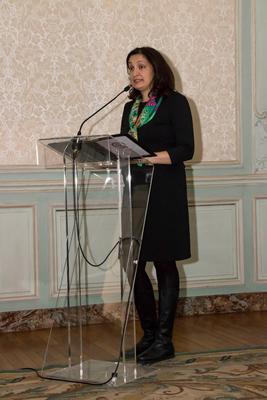 Then the lights went down and we settled in for the evening.

I read the book Hidden Figures several months ago. As I expected, the film did not come close to delivering the detail found in the book and it took considerable artistic license with the stories of Dorothy Vaughn, Katherine Goble Johnson, and Mary Jackson. Nevertheless, I thought it did a great job of presenting the long untold stories of these remarkable women!