When I read the invitation from Olivier Sultan and Galerie Art-Z to come to the inaugural opening of a new exhibition space dedicated to contemporary African art in the 11th arrondissement, I was intrigued.

For one thing, I had wondered what had become of Sultan since the closing of his last gallery, Les Arts Derniers, in the 3rd arrondissement.

For another, the invitation indicated that Sultan was partnering with Dorothy Polley, owner of Dorothy's Gallery, for this opening.

So I set off for 27, rue Keller - the address of Dorothy's Gallery - to satisfy my curiosity.

Galerie Art-Z's inaugural exhibition is called Itinéraires. Paintings, sculptures, and photographs by thirteen contemporary African artists are on display in this show, including photos by the legendary Malick Sidibe and a mask by Mozambican artist Gonçalo Mabunda. 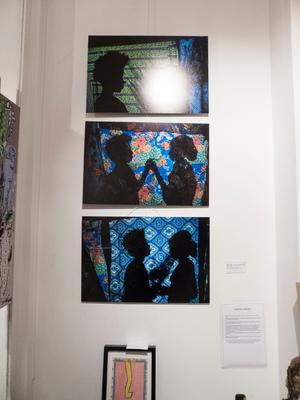 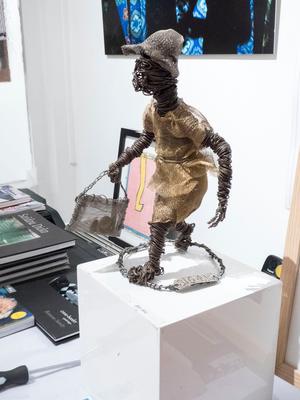 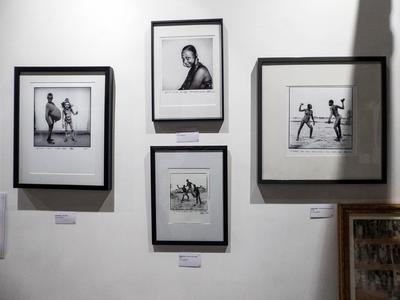 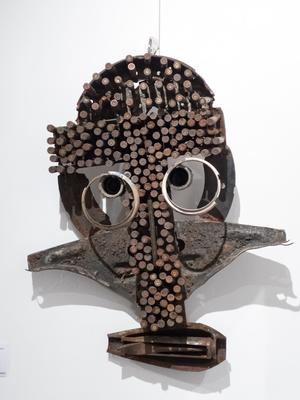 An enthusiastic group gathered for the event. 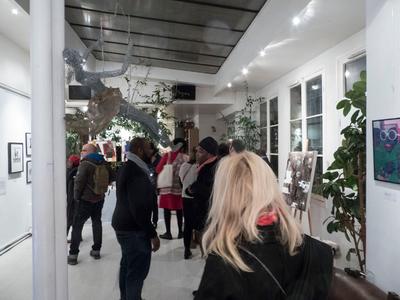 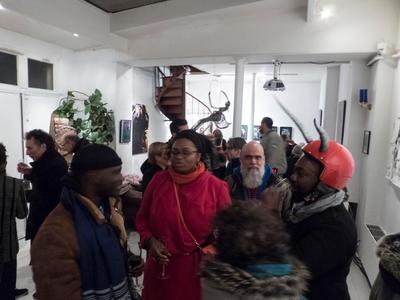 Galerie Art-Z proprietor Sultan and Dorothy Polley have come to an agreement through which Sultan will mount several exhibitions of works by African artists each year in this space, which will continue to operate under the name "Dorothy's Gallery."

Dorothy Polley serves as president for Carré Bastille, an organization of artists, artisans, small business owners, and restaurants in the Bastille area in Paris. Through her American Center for the Arts, she will continue to host cultural and political events that focus on "discussing justice, human rights, and the planet through art" at Dorothy's gallery.

Itinéraires will be on display until March 1, 2017.