As a professor of art at Morris Brown College in Atlanta, Georgia, Dr. Lee A. Ransaw developed an honors course called "The Arts of the Harlem Renaissance." Students had to have an accumulative “B” average to enroll. They were required to do extensive research on some African or African-American culture changer in the fields of art, music, literature and dance during the first part of the 20th century, and determine what made them special as well as why the mainstream world embraced them. Not so surprisingly, Josephine Baker was one of the favorite artists that students selected. Baker was also one of Dr. Ransaw’s favorites and the project later inspired him to paint the portrait below. 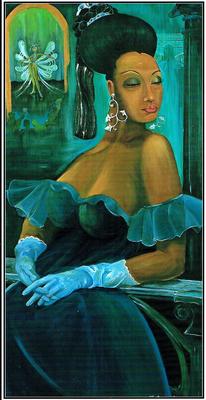 Ransaw chose to paint a reflective Josephine who became a cultural changer. He describes the portrait as follows:

I chose this quiet and thoughtful pose with a Parisian background, at a quiet moment when Josephine might be realizing that her life’s work had been rewarding. She is elegantly dressed in a curvaceous evening dress; her hair is stylized and accented with designer earrings. To her left, she may be recalling her younger days in her performance of La Revue Nègre where the audience is giving her the toast of Paris. To her right is the Arc de Triomphe, which characterizes and attests to her world success as an entertainer.

Ransaw was inspired to major in art while attending high school in Indianapolis, Indiana. In college, he became interested in examining great works of art created by master artists and felt there was no better place to look for original works than in the art capital of the world, Paris. He received a United Negro College Fund Distinguished Scholars Award for research which allowed him to spend considerable time at the Louvre and the Musee de l’Homme. He toured the city with a group and visited several additional times with his wife, Cheryl. 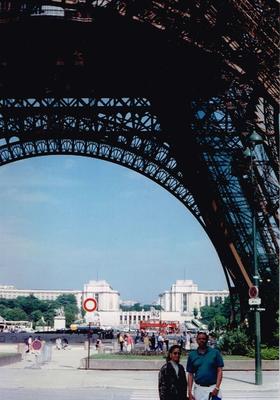 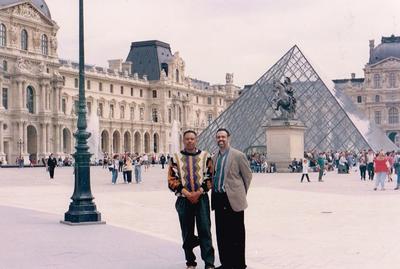 Ransaw has created several paintings with a Paris connection or French inspiration. The first one was a tribute to the French Impressionist Pierre-Auguste Renoir, entitled Tribute to Renoir: Luncheon of the Boating Party. He changed the party-goers to include a more diverse group and replaced the puppy with a parrot. 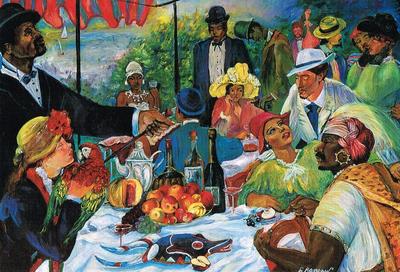 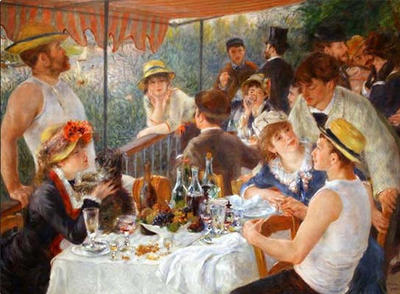 The second painting is entirely conceptual. Ransaw portrayed a gathering of well–to-do Blacks, who had moved to Southern France in the middle of the 20th century, as high rollers. 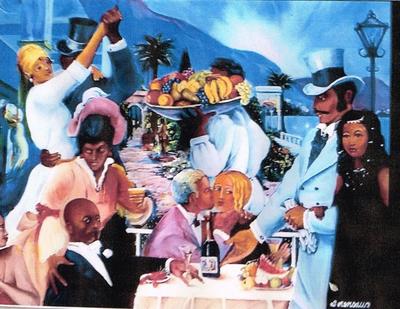 Dr. Ransaw’s artwork can be found in institutional collections such as Hampton University, Clark Atlanta University, The National Center for the Study of Civil Rights and African-American Culture at Alabama State University, The APEX Museum in Atlanta, The Georgia Museum of Art, The Auburn Avenue Research Library, Morris Brown College, Bowie State University and in many private collections. His work can also be found on Fine Art America.