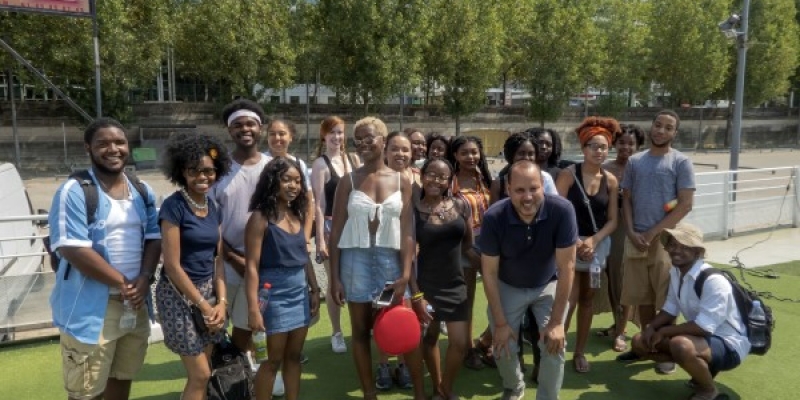 Entrée to Black Paris and the Académie de l’Art Culinaire du Monde Créole organized a culinary workshop for these students that served to expose them to classic dishes from the French Antilles, introduce them to ingredients from which these dishes are created, and teach them a few cooking skills as well. 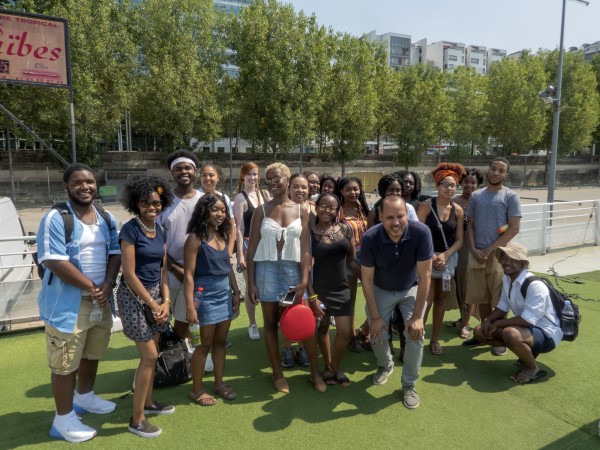 The students boarded the Mistinguett peniche (barge) at Port de la Rapée on the Seine River just before 1 PM and went below deck to an air conditioned dining room and professional kitchen that had been prepared for the event.

And then the fun began!

The students donned white coats and gloves and were divided into four teams.  Each team prepared a course for the meal that everyone would consume at the end of the event.  Isabelle Tulle, Professor Keaton, and I served as translators for the chefs, who spoke almost no English. 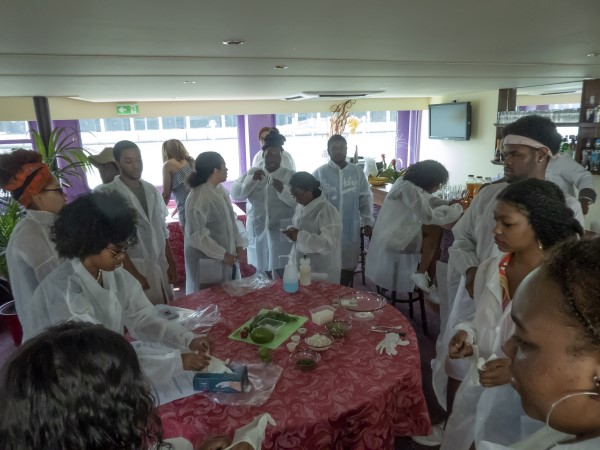 Getting ready to cook
© Entrée to Black Paris

The menu for the meal consisted of:

The chefs taught the teams how to prepare their courses.  The Planteur team members even got a science lesson when they prepared their punch – Chef Sorbon explained that the layers of the multicolored drinks they concocted were due to the varying densities of the sugar cane syrup and fruit juice mixtures that composed the layers.  Because the rum-curacao layer had no added sugar cane syrup, it floated on top.

Among other things, students learned how to properly use a knife to chop and dice fruits and vegetables, how to separate the wings and legs from a chicken, and how to prepare gelatin using gelatin sheets.

They also gained an understanding of how produce that bears the same name but that comes from different areas of the world can be vastly different.

As an example, the avocat pays – the “local” avocado from the French Antilles – is larger and has a flavor that better supports salty and spicy preparations than other types of avocado. 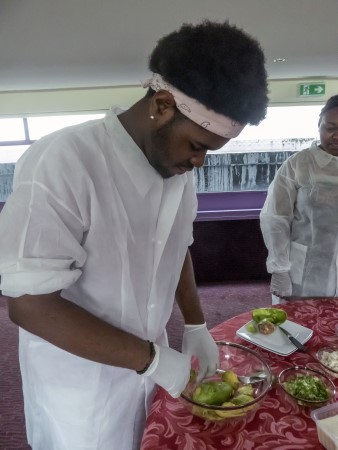 The teams entered a friendly competition – each group had to present its course at the end of the event and the other groups judged the presentations and assigned scores. 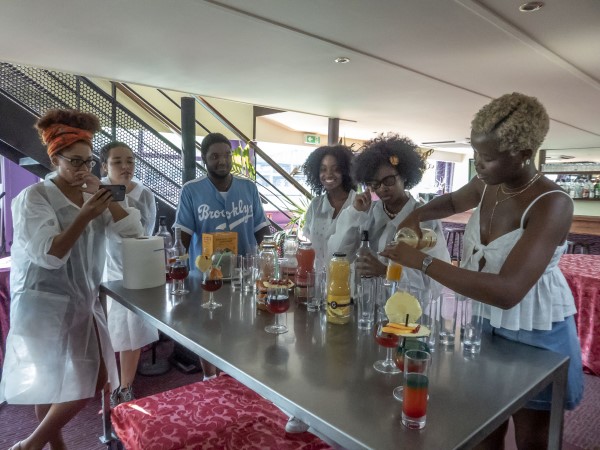 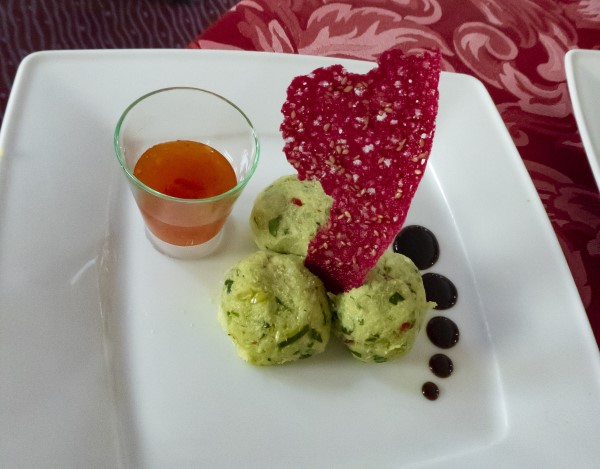 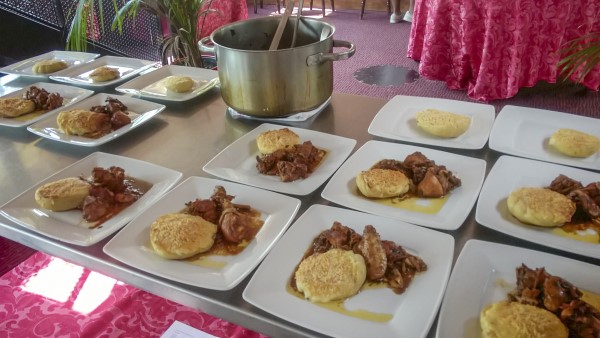 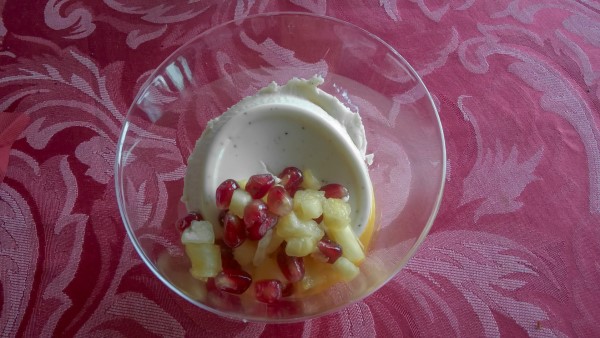 Prizes were awarded at the end of the event.  The dessert team won first place for its Blanc Manger Coco. 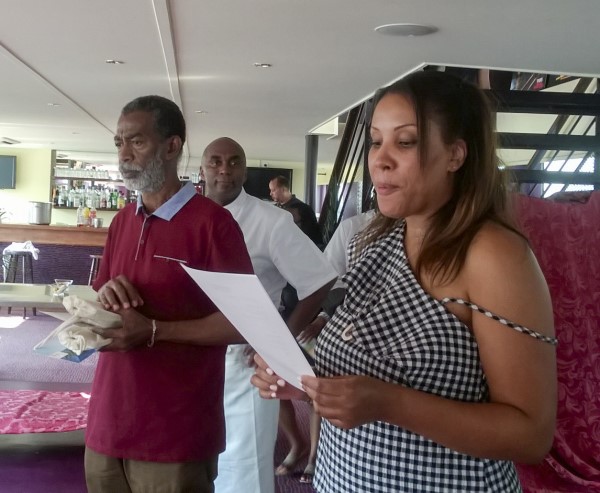 After lots of learning, laughter, and a scrumptious three-course meal, participants reluctantly left the shelter of the dining room to re-emerge into the heat of the afternoon.

Everyone agreed that this gastronomic event was an unequivocal success!

To view the photo album for the event, click HERE.