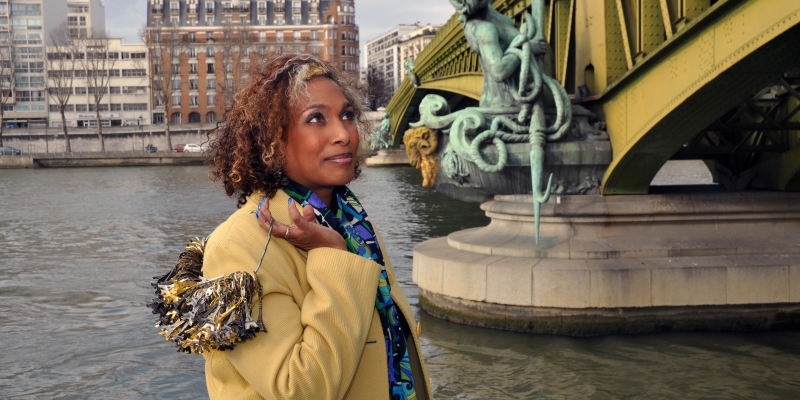 Fulbright scholar and Entrée to Black Paris intern Sonita Moss continues to conduct follow-up interviews with several of the women featured in our 2012 Black Paris Profiles™ publication. These interviews will serve as part of Sonita's research project on the long-term African-American expatriate's experience in Paris.

An apt description of Ellen Kountz would be “go-getter.” Her “can-do” attitude and Philadelphian bluntness has helped her to become a successful working mother in Paris.

Kountz is a professor at INSEEC (Institute Haut Etudes Economiques Commerciales), and the Director of the Finance program. A typical work day is filled with teaching and administrative tasks:

“For the past 4 or 5 years I’ve worked with second-year Master’s students, which requires a level of discipline. This year I moved down to second-year Bachelor’s, which is different because there are a lot more issues. After I teach, I grade papers – I had almost 130 research papers that I’m still grading, I have meetings, I deal with discipline issues.”

Ellen’s decades-long career at the stock exchange was well-suited to her confidence and propensity to lead. She has completed a certificate as an IFA (Institut Français des Administrateurs)-certified independent corporate director. Incidentally, the opportunity came about because of a sociopolitical issue concerning a lack of women representation in corporate positions in France:

“When I left the stock exchange, my severance package paid for re-training and continued education. At the time [in 2011], the French senate was preparing to mandate a quota of women on corporate boards because it was only 4.5% of women. I went to Sciences Po for courses on gaining corporate knowledge, which was a lot of fun. We had presenters and assignments and an oral exam. I was going to be tested on the Medef, which is the union for the bosses in charge of corporate governance.

The legislation presented to the French Parliament, the Copé-Zimmermann law, passed into law on January 13, 2011. The law mandated that 20% of a company’s board members must be women and rise to 40% within the following six years. That means these quotas should be met in 2018. A 2017 study from the University of Milan found that women comprise 28% of corporate board in France, which is a significant increase. However, Ellen’s experience does not mirror the benefit of this increase – she is untapped talent.

“I earned this certificate, I’m legally certified, but I was never sourced. I’m stuck in this binder full of women where they’re supposed to look for qualified women. That was 2012. Then I testified in front of the French Assemblée, it was a beautiful thing. And I was explaining that even though I was qualified and a perfect candidate, I wasn’t getting hired. The imposition of this law was a bridge too far. This law is on the books, but it’s waning. The women who get the jobs are the usual suspects, and they rotate among many corporate boards.”

Kountz teaches at other schools around France in addition to her position at INSEEC because her 3-day permanent contract allows part-time work elsewhere. “I absolutely do take advantage of my schedule because I’m drawing a salary from multiple schools. The problem is I’m a workaholic, so I don’t know how many hours I work per week.” 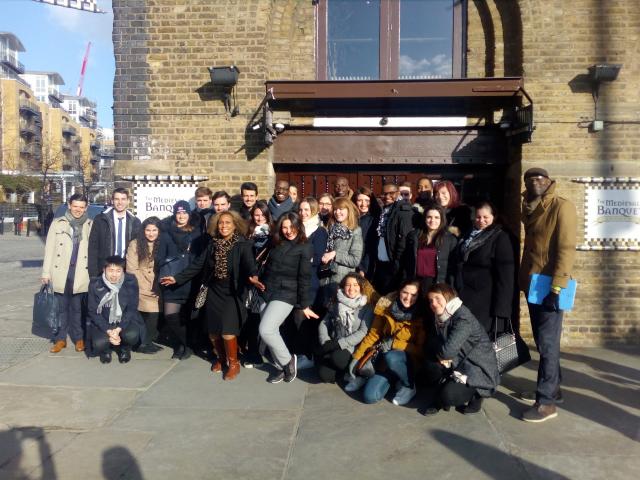 Part of Kountz’s teaching activity involves working with international students whose cultural norms shape the way they advocate for themselves in the classroom. While these students are often highly intelligent and engaged, Kountz has learned through experience that more socialization is necessary:

“I have some kids who are heart-wrenchingly deserving, and lot of them don’t have the proper orientation to French-style education. I have a great group now, they are 14 African kids.  They are calm, they’re disciplined, they’re not fidgety or trying to cheat. One day, I gave them a quiz and then I get the tests and correct them. That when I noticed that they have no sense of entitlement as we know it. I asked my students about a test question, what the world “flaw” meant and they didn’t know – no one knew, and yet no one asked me what it meant during testing. When I give a test to French kids, hands are flying up to ask every question about everything. But this group didn’t know they were allowed to ask.”

Motherhood is the passion of Kountz’s life aside from her work. A widow, she has done her best to remain loving and attentive to her 18-year-old daughter’s needs, including removing her from the traditional French school system.

“The French system really fabricates the elite – we used to pay 5,000 euros a year for her to go to a fancy, private school. But elite in France really means something, they have to slough off the majority of the students to get an elite 3% of students. It was really challenging for her, and she didn’t meet certain criteria, but the French system requires so much. And for damage control, I did [took her out of the school].”

Her daughter attends a vocational French high school where she is learning how to cut glass and make window panes. Kountz is proud of her daughter and what she is achieving at her new school.

“What’s amazing is that she’s so much more worldly than me… It’s like any of the glass that you see in beautiful Cathedrals, you need to be certified to do that job. I refused to see it only as a failure. These kids have to be on their feet for hours making art. She’s just so responsible too; I can leave her alone with no nanny, no husband, no nothing. I can leave her money and groceries and when I return, the house is fine and she’s fine.”

Kountz has specific strategies to stave off her self-proclaimed workaholism:

“I don’t wear a watch on Sunday. I try to walk and free my mind and I like to think I’m getting exercise. I talk to my mom, we have a regularly scheduled call. I try to speak with my family, and I try not to be so wrapped up in time. My comfort zone is work and I want to not apologize for that – I’m sure a psychologist would have a different diagnosis, but I’m blessed to do fun things. I go to “YouTube University” and I listen to TED Talks.” 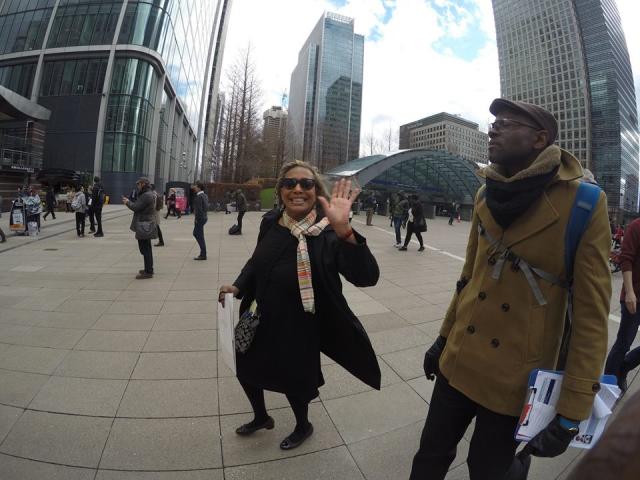 As a twenty-year-plus resident of Paris with a thriving career, Kountz is a model of what being a black expat could be. Kountz’s advice is that you have to commit – including the language:

“You have to be doing it for you and do it as if no one is watching. You have to do it as if it’s real life and not a vacation fantasy. Take the language seriously and that should be the first thing on the top of the list. I meet so many people who want English-speaking nannies, but you need to hire people who can speak French in case of emergencies.”