The Internet is abuzz with the news that the sign "Au Nègre Joyeux" and the accompanying image are to be moved to the Musée Carnavalet (Museum of Paris History). 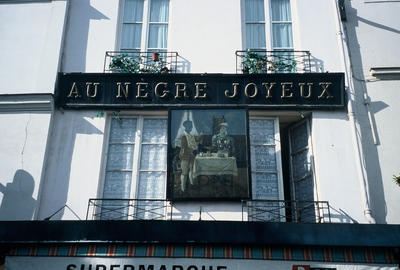 Au Nègre Joyeux was a chocolate factory that operated at place de la Contrascarpe in Paris' 5th arrondissement during the 18th century. It opened in 1748.

Several years ago, the painting's glass frame was broken by vandals. It remained in place for many months before being removed for restoration. 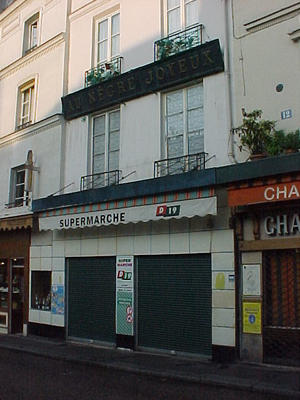 Shortly after being re-installed, it was defaced again. The glass of the frame was shattered and spattered with paintballs. 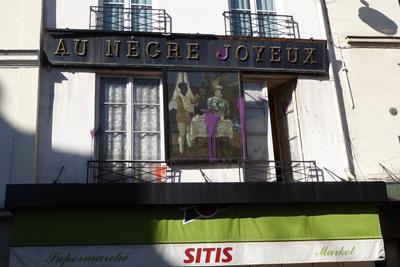 A quick look at the image leaves the impression that it depicts a black man serving a white woman, and articles describing the painting indicate the same. However, upon closer inspection, one can see that the woman is serving the man - she appears to be wearing an apron and holds a tray that supports a large pot presumably filled with hot chocolate. Both are smiling.

Many who want the sign and image to stay believe that a plaque should be installed to explain the history behind it.

On the same day that the Conseil de Paris voted to remove Au Nègre Joyeux, it also voted for a collaboration between the city of Paris, the French government, several associations, and the National Committee for the Memory and History of Slavery to create a museum about slavery, the slave trade, and its abolition:

The final decision about the establishment of the museum, which would be located in Paris, rests with the French government.