I first met Lea Lund and Erik K. at the African Stories exhibition at the Mu Gallery in January 2017.

The dynamic couple informed me that they'd soon be opening an atelier in the 11th arrondissement and promised to keep me informed. They were true to their word and invited Tom and me to their vernissage, which took place on March 31. 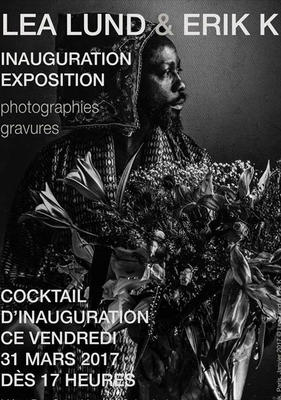 It was a gorgeous day and the festivities had already gotten off to a great start by the time we arrived. People congregated on the cobblestones and the sidewalk in front of the atelier.

Lund and K happily posed for a photo before the crowd showed up. They are the epitome of grace and style! 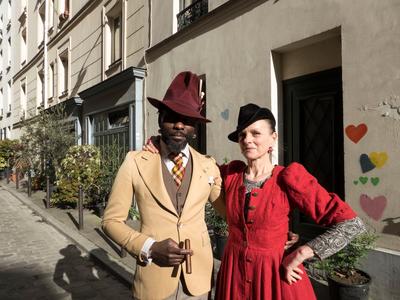 The photograph used for the invitation hung prominently on a wall at the left of the predominantly open space. K told me that he dressed in one of Lund's kimonos and draped a scarf over his head to pose for this photo. 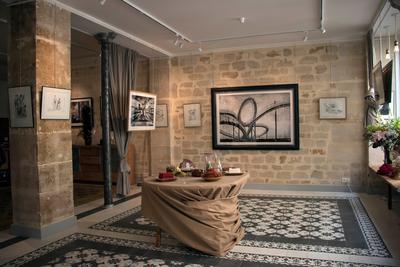 Soon people began to filter into the atelier to appreciate the works inside. 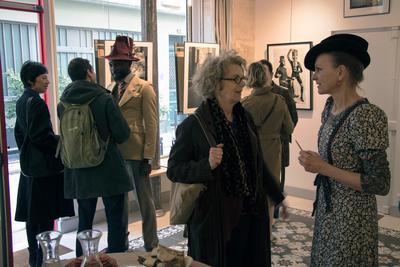 Guests gather inside the atelier
© Entrée to Black Paris 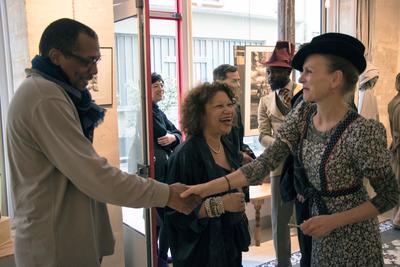 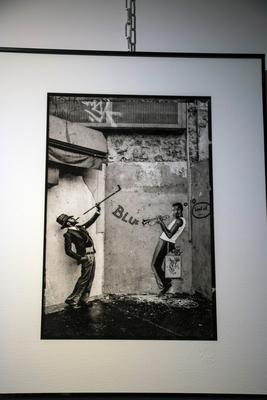 Though their magnificent photographs and engravings were hung throughout their freshly renovated space, Lund and K emphasized that they are not operating a gallery. Rather, this will be a work space, complete with a press, where they will create K's engravings. 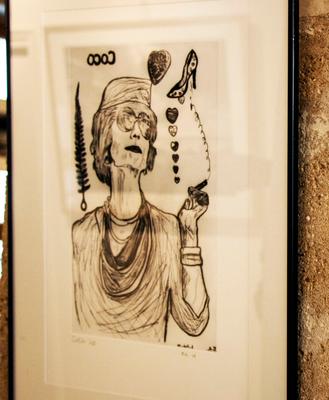 They will continue to live part time in Switzerland and travel the world to find more stunning backdrops for their photography. 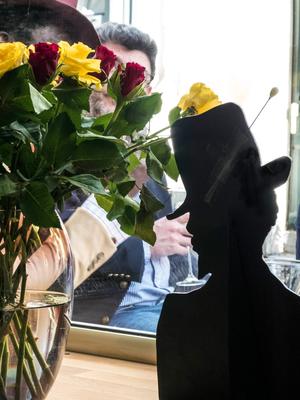