As the end of Women's History Month rapidly approaches, I thought it would be fitting to write an article about a phenomenal woman who is a major figure in the history of African Americans in Paris. Her name is Anna Julia Cooper. 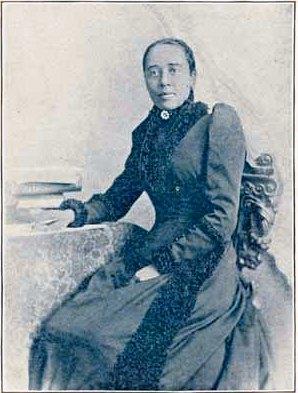 Anna Julia Cooper in 1892
Photo from A. J. Cooper's book The Voice of the South
Image in public domain

In an article published in Paris on April 28, 1925, the Chicago Tribune wrote the following about her:

Mrs. Cooper won her doctorat d'universite at the Sorbonne on March 23, 1925, and she left Paris for her native city of Washington, D.C. a month later.

*The Attitude of France Toward Slavery during the French Revolution

Born in Raleigh, North Carolina in 1858, Cooper was the daughter of a white slaveholder and an enslaved mother. She was nine years old when she received a scholarship and began her education at Saint Augustine's Normal School and Collegiate Institute in Raleigh. An excellent student, she went on to earn a Bachelor's degree (1884) and a Master's degree (1887) at Oberlin College.

Cooper completed courses in French literature, history, and phonetics at La Guilde Internationale in Paris during the summers of 1911-1913 and enrolled in a doctoral program at Columbia University in 1914. Her pursuit of this graduate degree was hindered by personal circumstances, but she successfully transferred her credits from Columbia and La Guilde Internationale to the Sorbonne in 1924.

Details of the story vary depending on the source consulted, but Cooper did complete her graduate work at the Sorbonne in 1925. The university shipped her diploma to the U.S. and she received it at a ceremony held at Howard University on December 29, 1925.

Anna Julia Cooper was a master educator, education administrator, writer, community activist, and advocate for women's rights. She was a lesser-known contemporary and peer of Ida Gibbs Hunt and Mary Church Terrell, both of whom also spent time in Paris.

Part of Cooper's legacy is represented by a commemorative U.S. a postage stamp: 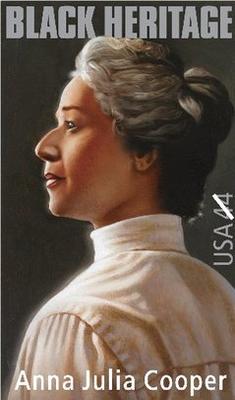 and the inclusion of one of her quotes included at the top of pages 26 and 27 in the U.S. passport:

The cause of freedom is not the cause of a race or sect, a party or a class -
it is the cause of humankind, the very birthright of humanity.