Aude Minart, proprietor of the itinerant gallery La Galerie Africaine, has kicked off 2017 with a fantastic showing of contemporary African art at Mu-Gallery in the 9th arrondissement. 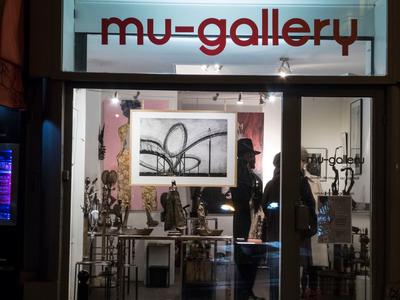 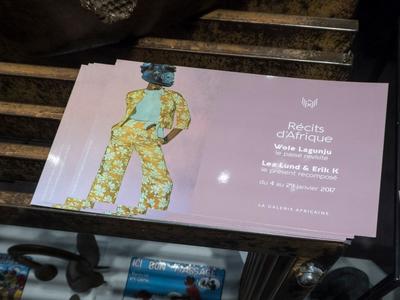 Wolé Lagunju marries Yoruba ceremony with the regalia of European royalty by coupling Gelede masks with fashions from the Dutch Golden Age and England's Elizabethan Era. Using the tradition of portraiture, he redefines the mask as an object in constant evolution and in dialogue with contemporary times. 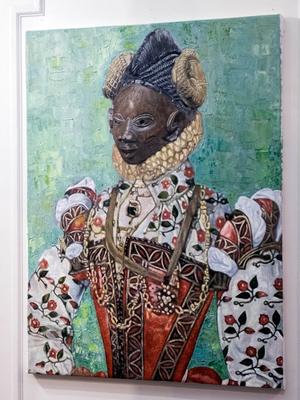 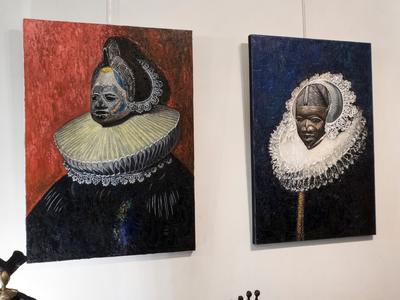 Lagunju hails from Nigeria and currently lives in North Carolina.

Gonçalo Mabunda is a Mozambican artist who grew up during his country's brutal, 15-year civil war. He learned to solder and to work with bronze and other metals at the atelier of a South African artist. Returning to Mozambique, he used these techniques to create works for the "Arms into Art" project. He fashions thrones from bullets, guns, artillery, and other weapons, inciting the viewer to reflect on the means through which leaders obtain and retain power. 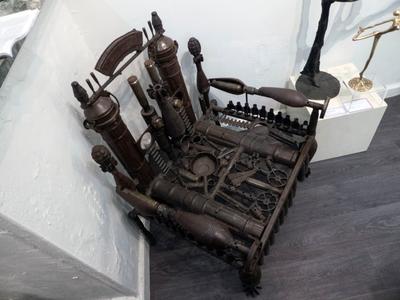 Mabunda currently resides in Mozambique. His work was displayed at the Venise Biennial in 2015. One of his thrones has a place in the permanent collection at the Centre Pompidou in Paris.

The works that most captured my attention at this exhibition are the photographs created by Lea Lund and Erik K. 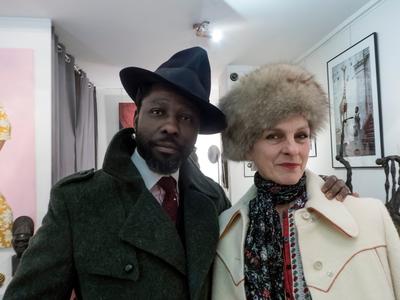 Swiss-born Lea Lund and Zaire-born Erik K. (né Erik Kongolo-Mabika) met in Lausanne in July 2011. Both are visual arts - Lund is a photographer, painter, sculptor and graphic artist and K. is an engraver and designer.

The first time she met K., Lund says she asked him to allow her to photograph him. She says they have been inseparable ever since.

The photographs in African Stories feature K. in various stances and stages of movement against a backdrop of magnificent architectural structures in cities throughout Europe. He is always impeccably dressed in the style that he has cultivated from a very young age. (K. designed the hat that he wears in the photos.) 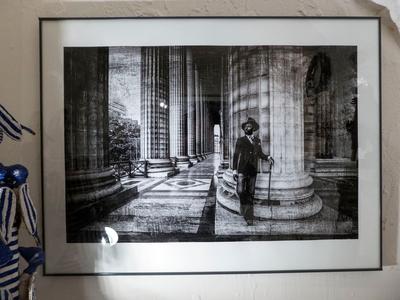 This photograph of Erik at the Tiger and Turtle - Magic Mountain in Duisburg, Germany hangs in the window of the gallery. It faces the street so passersby can admire it. 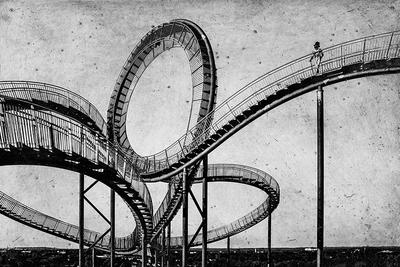 Occasionally, Lund selects natural environments as the setting for these photos. She retouches them by hand, giving them a weathered, vintage look. 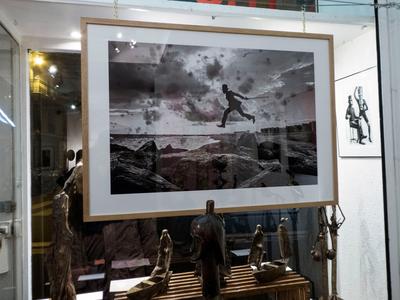 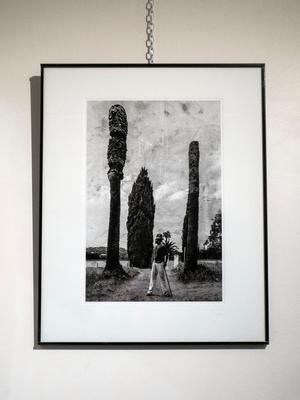 From haunting and riveting to whimsical and fanciful, these works will not fail to intrigue.

Lund and K. divide their time between Paris and Lausanne. They anticipate opening a studio in Paris' 11th arrondissement in 2017.

Originally scheduled to close on January 29, African Stories has been extended until Wednesday, February 1.