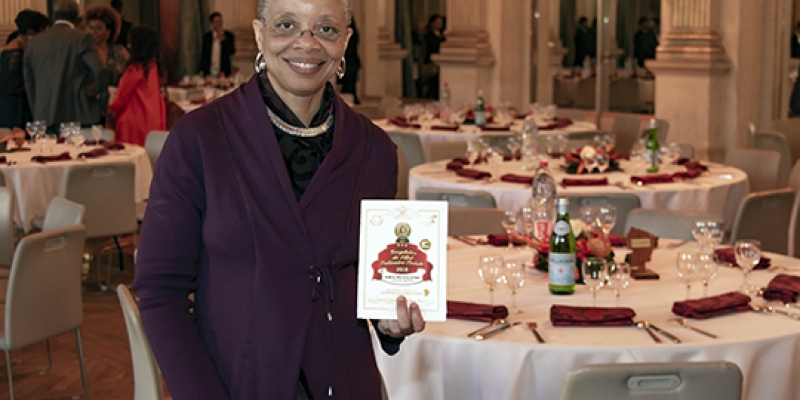 The Hôtel de Ville of the City of Paris provided the sumptuous Salle des Fêtes as the location for the event.  This is the most elaborate reception room that Paris's City Hall has to offer. 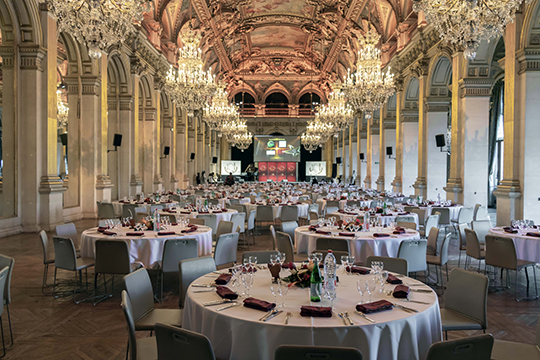 Hundreds of people queued up to attend the ceremony, 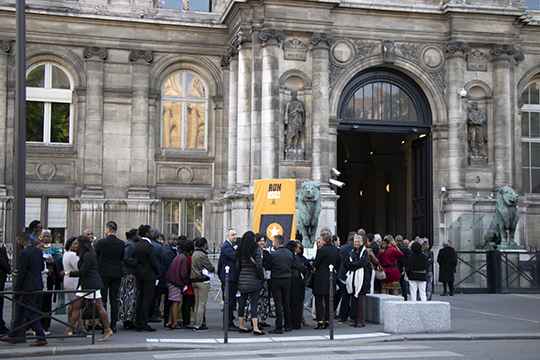 including these two dapper men in blue.

I met up with Marie-Antoinette Séjean, the Academy's Health Ambassador, as we waited for the line to move forward. 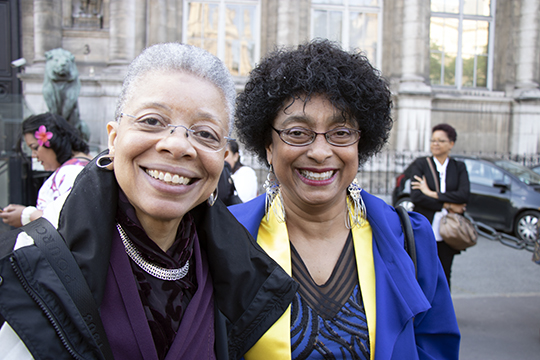 The evening began with a cocktail and a photography session.  We saw one of the "men in blue" posing for a shot: 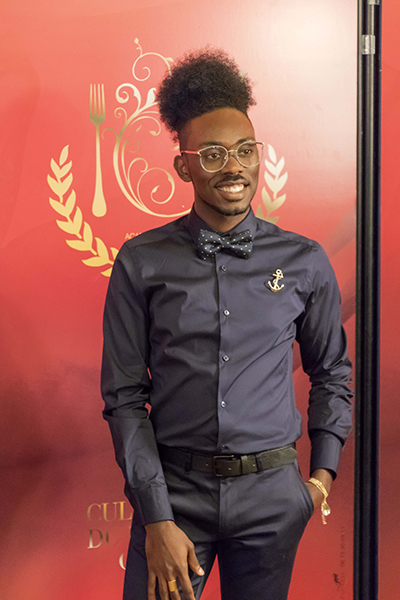 It turned out that he and his friend would be our table mates for the evening and that his friend, Mike Monlouis-Bonheur, would join me and others on stage to receive a special honor.

The celebration began with an energy-rousing procession by the dance troop from the Association of Kanak Students and Interns.  They performed traditional Kanak dances and songs as they paraded up and down the side aisle of the reception room, 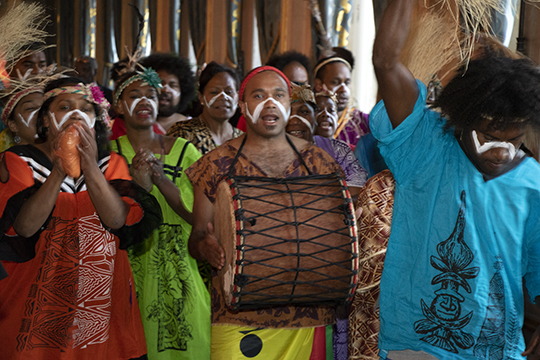 Association of Kanak Students and Interns - 1
©Entrée to Black Paris! 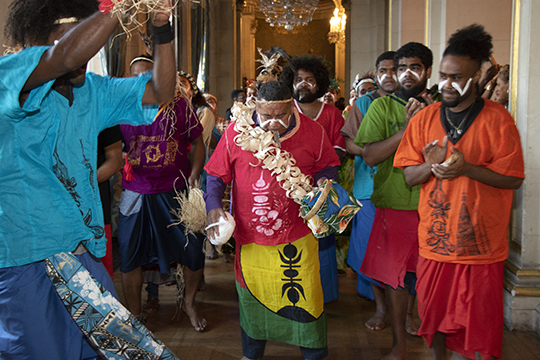 Association of Kanak Students and Interns - 2
©Entrée to Black Paris

and then performed on stage. 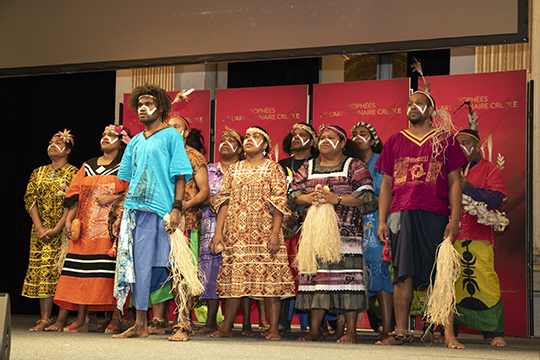 Association of Kanak Students and Interns - 3
©Entrée to Black Paris

The first official proceeding of the evening was the installation of the Academy's new ambassadors (yellow sashes) and delegates (blue sashes).

From left to right, the Delegates and Ambassadors are:

Having served as the Ambassador to the U.S. since November 2016, I was thrilled to take on a new role as the Delegate to the U.S. for the Academy.   The responsibilities of delegates are as follows:

· Protect the interests of AACMC and its members within said territory ;

· Negotiate with organizations within that territory;

· Promote friendly relations and develop economic, cultural and scientific relations between the organizations in the territory and AACMC.

Next time, I'll share information about the trophy winners!

Monique in delegate sash and robe
©Entrée to Black Paris